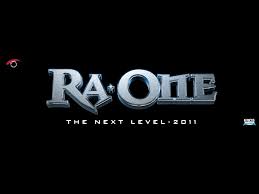 So, what exactly does Taran Adarsh mean when he says that Ra.One has “blockbuster” written all over it? This is not an easy question to answer, because we are not asking how the sub-prime crisis was caused! To answer this question, we will have to go back a long way to mid-90s.

During the mid-90s, people like Komal Nahata and Taran Adarsh were just trade analysts. They did the number crunching month after month, and appeared in a small news slot of 10mins to discuss the trade figures. All they spoke about was the releases over the past month and their performance at BO. And probable reasons for the hits and misses.

But as the film market grew among the NRI audience and cable and satellite rights started gaining importance, these trade analysts also gained prominence. They started appearing more often on tv, weekly once, to dicuss the numbers. Film distribution became such a big lucrative deal for the bigger stars, that they started demanding a share in the profit. And sometimes, they would just go for the collections of an entire region. Big actors turned big businessmen. They charged a big fee and a bigger territory!

This gave trade analysts a fillip. Since they knew the distribution sector and the collections in a region, they started telling out the mantras of what kind of film would work in what region.

This situation was akin to the economical upturn in the country. As fund houses started gathering bigger AUMs, the finance analysts turned into fund reviewers overnight. They started appearing in various business channels reviewing mid-cap/large-cap/micro-cap funds, reviewing IPOs, reviewing and forecasting quarterly results. And so also, the trade analysts became film reviewers. They would watch a movie, and tell how the people might react to the movie. They started forecasting what aam-junta will like and wont like! 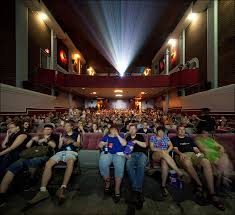 The trade analysts finally had their moment of glory. And that’s also the time when paid reviews became a regular thing. So, when Taran Adarsh says that a certain movie has blockbuster written all over it, it just means that the average IQ of the film going audience is so low that they would watch the movie, and not just once but many times. Its not entirely the reviewer’s fault! Our past record has proven that time and again. We have made hits out of movies that should have rotted in the can and not seen the daylight. We have splurged over movies that were badly cooked but nicely packaged and good looking enough but on consumption gaves us food poisoning.

Having said the above, I can’t recall names of any good film critic. From the 1930’s until now, no film critic has stood the test of time. They have been a handful of reviewers worth mentioning, but no film critics. And the reason for that is just not evident. Film criticism is a very important business, not everybody can become a movie critic. And especially not, if they are in the habit of siding up with a particular movie-maker or who favour certain actors.

If at all we want to improve the quality of movies, we need to change the mindset of the audience. And this can be done by introducing a ‘Film Appreciation’ course as an optional subject. So, at least we will have a pack of guys every year who would know what they are watching and can decipher the good from the bad. Until we don’t reject bad movies, we will never get good ones. The old practise used to be that, we eliminate the rotten apple from the rest so we reduce the chances of spoilage. But the new tactic should be to isloate the rotten apple, and insulate the good ones from them. Reason being that, its not easy to eliminate the rotten apple but much easier to isolate them.

Until the time that happens, people like Taran Adarsh will continue to come up on the tv screen, day after day, and say/write stuff which reflects the mindset of the audience on one hand and on the other hadn, it creates an environment where even the sane ones would feel tempted to checkout the movie at least once. And by the time you finish reading this post, Ra.One would have overtaken the collections of Bodyguard; one blotting ink mark spreads and totally eclipses another blotting ink mark!

Posted by crazyrals on November 1, 2011 in bollywood, movies